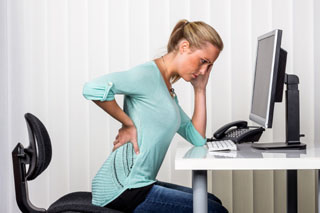 A client came to see me because he has serious back problems with a pronounced asymmetrical body position. He explains that he travels a lot and that his physical situation is chronic. He was to see his doctor who told him he had a degenerate sacroiliac joint. He tried massage, acupuncture, chiropractic with some short term results. This situation is cyclical and he feels that the symptoms will come back soon. That’s why he came to see me. I ask him to describe. He tells me that he has trouble getting up from his bed in the morning, that the pain is so strong that he is unable to stand up and that he has to collapse on the floor to retake control of his body. It pains me to see this 40 year old man no longer able to walk without pain. Walking is the first thing you learn when you are a baby. How is it possible to work efficiently with so much pain and handicap? It’s above my understanding. He has come to see me twice already. The goal of my first session with him was to get him out of his survival instinct and be able to describe his feelings of discomfort. Knowing that he had to travel for three days for his work, He came to see me a second time just before leaving. He could already feel better but the pain in his lower back was still resonating. Despite everything, he tells me that he feels much better. After the second session, the expression on his face could tell me that he was free of pain. I am curious to know how his body hold during his trip.